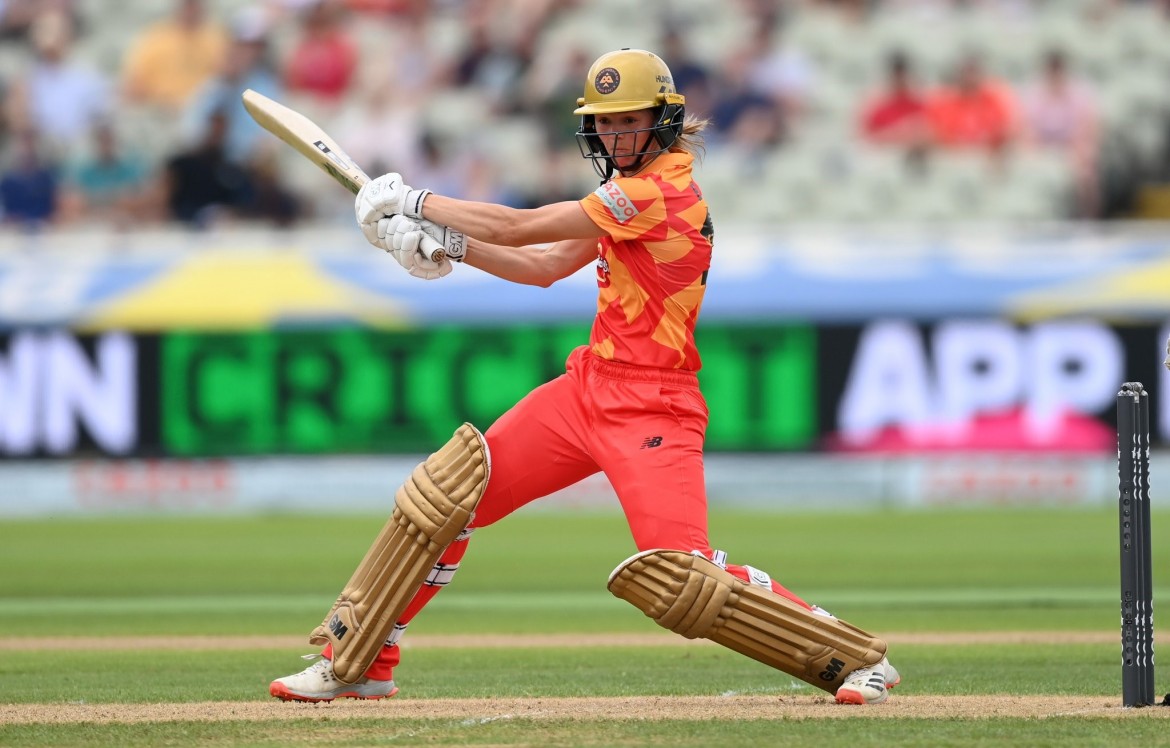 Tilley Green Coffee has provided a sponsorship boost to in-form cricketer Eve Jones of Whitchuch as she takes her prolific form to Australia to play in the Women’s Big Bash League for Melbourne Renegades.

We have handed over a cheque to Eve which will support her expenses during her time in Australia.  She is making her mark in the League with a number of impressive batting performances for the Renegades.

2021 has proved to be a pivotal year for Eve in her flourishing career in the sport.  During the summer, her in-form batting for Birmingham Phoenix in the popular, newly-launched format - The Hundred, made her the fourth-highest run-scorer in the competition, with 233 runs including two half-centuries.

For her club Warwickshire, Eve captained Central Sparks to the knock-out stages of the Rachael Heyhoe Flint Trophy.  She was also the third-highest run-scorer in the competition, with 299 runs including two half-centuries and one century.

Further accolades followed Eve’s landmark season.  She was named as Captain in the first-ever PCA Women's Team of the Year decided by the PCA Most Valuable Player (MVP) Rankings to present an ultimate XI from the 2021 domestic season. She also lifted the prestigious PCA Player of the Year trophy, the first domestic professional cricketer to receive the award.

Eve will be playing in the Big Bash League until the end of November and her bat will carry Tilley Green branding.

“It is well-documented that women’s cricket is not as well supported financially as the men’s game which I’m sure will change in the future as the profile of the game continues to rise, and particularly after the success of The Hundred this summer.  As a local company, we are really pleased to be able to support Eve in our small way and share in what is proving to be an amazing year in her cricketing career.

“We are all keeping an eye on the results out in Australia and wish her the very best of luck for the rest of the season there.”

“The new partnership with Tilley Green Coffee is a real boost for me and I’m really grateful for the support from everyone at the company. I’ve received so much encouragement from local people this year and it means a lot to me. I am very proud to be representing Shropshire and it’s great to be carrying the Tilley Green branding on my bat as I travel around Australia.”

Tilley Green Coffee has provided a sponsorship boost to in-form cricketer Eve Jones of Whitchuch as she takes her prolific form to Australia to play in the Women’s Big Bash League for Melbourne Renegades.

We are starting a series of blog posts whereby we focus on a particular manufacturer of commercial coffee machines, highlighting their features and benefits to provide you with more information and, hopefully, help you determine which brand would work best for your business.

We all know how much first impressions count and that very first sip of coffee will determine the rest of a customer’s experience. And whilst the taste may be more about the coffee bean or the way it’s roasted, the overall quality, look and temperature all comes down to the machine. Because of this, it is essential that you choose the right coffee machine to deliver that perfect cup every time.

Here at Tilley Green Coffee, we specialise in supplying high quality coffee and tea products to an array of businesses in the hospitality industry.